Thursday evening Jeb! Bush held a town meeting at Town Hall in Peterborough, NH. A nearly filled room was friendly to the candidate and while they asked good probing questions there was one in which the questioner obviously had a thing about Saudi Arabia and “why we have to put up with its funding of terror.” Of all the GOP candidates I have heard in person, Jeb! has presented himself, credibly, as the most knowledgeable candidate on any number of national and international issues. I particularly liked what he had to say about education and Common Core. “If a state wants to ditch Common Core, fine. Just replace with something more demanding. We have to stop dumbing down our educational system.” He did sidestep the energy question a bit, however. He came across much better in this small venue than he has on any TV setting, particularly the GOP debates. He has a long road to hoe before February 9 if he is going to make an impression with the voters and media that he is still a serious candidate. 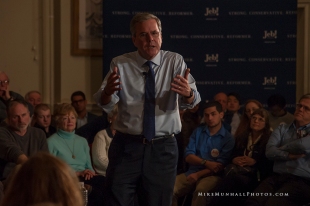 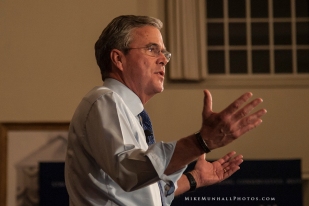