Bernie Back in the Granite State

Bernie Sanders was on a roll this weekend in New Hampshire; he gave five long talks in as many towns over two days, hitting Manchester, Exeter, Franklin, Claremont and the Dover area. Enthusiastic crowds greeted him at each stop. His son, Levi, introduced him at the Claremont Town Hall meeting while Bernie beamed with pride. The most dramatic response from the crowd in Claremont came when the Senator said that income inequality had to change.

Having attended Sanders events since April before he was an announced candidate, it has been fascinating watching him become more confident as a speaker and more animated with his audiences. He seems to be really enjoying this campaign now. I had an opportunity to speak with Levi and see him as much of a quality guy as his dad.  I continue to #feelthebern. 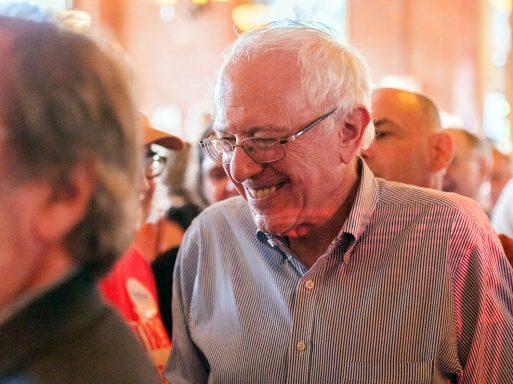 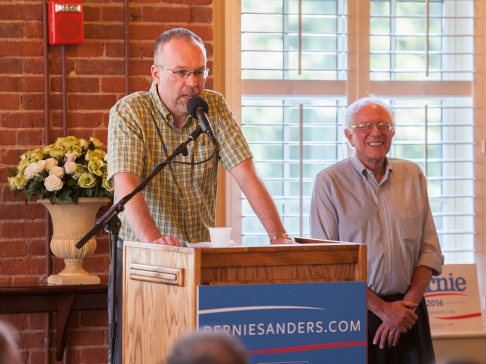